A collection of Todd H. C. Fischer's tales inspired by the Old Gent of Providence (H.P. Lovecraft), including the stories "Old Idols", "A Drink at Shub's", "Dunn's Point", and many, many more. With an introduction by Ian Rogers (author of "The Ash Angels").

A collection of strange Christmas tales ranging from an Arthurian version of Santa Claus to an elf who makes a pact with evil forces to lay waste on Santa's workshop.

This volume collects most of the short stories that Maister Colyne Ctewart wrote in his first ten years in the Society for Creative Anachronism (SCA). Tales include “Ghosts of Yule” (a SCAdian retelling of “A Christmas Carol”), “Duke Sir Bjornnson and the Ring”, “Mahault and the Magic Belt”, “Berend and the Bear”, and several others.

In this volume you will find several of Fischer’s darker poems, including several based on a pantheon of evil deities called the New Ones.

In 2016, the Society for Creative Anachronism (SCA) celebrated its 50th anniversary. This medieval reenactment group has grown from a backyard party held in the 1960s to a worldwide club with tens of thousands of members. To mark this occasion, Todd H. C. Fischer (known in the SCA as Maister Colyne Stewart) vowed to write fifty poems in the year leading up to the anniversary. Collected in this volume are all fifty of those poems, including footnotes and, when applicable, details about the medieval genres and/or forms the poems were written in. From skaldic verse of the Vikings, to the lieds of the Minniesingers, Colyne has herein captured several aspects of life within the SCA in as period a fashion as possible.

The Society of Creative Anachronism (SCA) is a world-wide living history club with members numbering in the tens of thousands. Within the SCA Maister Colyne Stewart (otherwise known as author Todd H. C. Fischer) has written many poems about the people and events that make up the Society. This follow up volume to Wolfen Elegy contains over two dozen poems, written in several different medieval forms. From the German sprechspruch to the French kyrielle, from the Norse drótkvætt to the Irish amra, Colyne has tried his hand at several styles, attempting, in his way, to preserve the deeds of valour and honour he has witnessed over the years.

This volume collects most of the poetry that Maister Colyne Stewart write in his first ten years in the Society for Creative Anachronism (SCA), including praise poems, children’s rhymes and elegies for the departed. 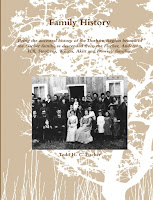 Being the ancestral history of the Durham Region branch of the Fischer family, as descended from the Fischer, Anderson, Hill, Stephens, Wilson, Akitt and Dowsett families.

The Book of the Order of Chivalry of Sir Nigel MacFarlane Paperback – January 18, 2016

Within the Society for Creative Anachronism, Duke Nigel MacFarlane, KSCA, has reigned as king twice in the Kingdom of Ealdormere and has been a knight for over a decade. Originally from the Middle Kingdom he now dwells in the northlands. In this volume, Sir Nigel expounds on the nature of chivalry, with his words on the subject being transcribed by his squire, Maister Colyne Stewart (also known as Todd H. C. Fischer). Within you can read his thoughts on the virtues, pilgramages, the taking of dependents, and more.

The Society of Creative Anachronism (SCA) is a world-wide living history club with members numbering in the tens of thousands. Within the SCA there are several “kingdoms” and within these kingdoms are local groups known as baronies.. One of these baronies, made up of central Ontario, Canada, is known as Septentria. Septentria was the first barony to be formed in Ontario. The people of this barony, who pride themselves as being from “the heart of Ealdormere”, have a long and proud history. Maister Colyne Stewart (otherwise known as author Todd H. C. Fischer) has, over the past two decades, written several histories of this barony, its peoples and their deeds. From the founding baroness, Gillian d’Uriel, up to the investiture of Dafydd and Mahhild, Colyne has collected many tales of Septentria’s past, presenting them in the form of period chronicles.

The Wolf, the Wilds, and the Will (Kingdom of EaldormereHistory Series) (Volume 1) Paperback – May 12, 2015

The Society of Creative Anachronism (SCA) is a world-wide living history club with members numbering in the tens of thousands. Within the SCA there are several “kingdoms”. One of these kingdoms, made up of most of Ontario, Canada, is known as Ealdormere. The people of this kingdom, who pride themselves as being from “the northlands”, have a long and proud history. This year, the SCA turns fifty years old, and as part of the celebrations, each kingdom was asked to write a history of its lands. In Ealdormere, this task fell to Maister Colyne Stewart (otherwise known as author Todd H. C. Fischer). Through study of earlier histories, newsletters and discussions with founding members, Colyne has compiled this chronicle featuring many acts of dedication, service, prowess, valour, and honour.

This volume collects several publications written for the Barony of Septentria, a chapter within the SCA (a medieval recreation group). For more information about the SCA go to www.sca.org.

The Compendium of Colyne Paperback – December 14, 2010

Maister Colyne Stewart (Todd Fischer) joined the SCA in February 2001 and has been writing about and for it since the get go. His articles, stories and poems have appeared in numerous publications across several kingdoms and he was—for a time—the Ealdormerean correspondent for SCA Today. He was the editor of Cry of the Wolf IV, has published numerous tomes for his canton, barony and kingdom (including local histories), and has served as a baronial and kingdom bard, chronicler, and historian. This volume collects most of the articles that Colyne wrote in his first ten years in the Society, ranging in subject matter from medieval toilets to bestiaries, from the rules of medieval games to cooking a Yuletide feast.

This volume features almost 80 entries documenting the happenings of events in the Kingdom of Ealdormere (Ontario, Canadia) between the years 2001 and 2007. The entries are written in a variety of voices, as Maister Colyne Stewart uses an array of personas to show his home kingdom from a variety of different perspectives. A must have for those interested in the history of the SCA itself.

From the works of the troubadours and trouvères of the 14th-century to those of the skalds and scops of the 6th, poetry has been written in Europe for a very long time. Within this volume Todd H. C. Fischer has gathered information on different poetic genres, forms and devices used across Europe during the early, medieval and Renaissance time periods. You may have heard of roundelays, madrigals, ballads, and—of course—sonnets in high school English class, but have you heard of hrynhent, leich, letrilla and zéjel? Mr. Fischer (who holds a double honours BA in English and Creative Writing) has made the study of medieval poetry a passion. He has scoured hundreds of volumes on medieval literature to here gather together information ranging from Anglo-Saxon versification to the obscure fatras of France. Most entries are illustrated by period examples, quoting works by Dante, Shakespeare, Marie de France, Raimbaut of Orange, and many others. Indices at the end of the volume allow easy cross referencing of entries by location and time period. Students of literature, lovers of poetry, and medieval re-creationists alike will find this volume essential.